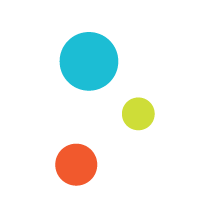 Why You Should Consider Turkey for Nearshore Work

One of the lessons the year 2020 taught companies all around the world was that working remotely was, in fact, working pretty well. The allure of getting some help from off-sites is at an all-time peak. But while this peak is new, the phenomenon itself is not nearly a new development. A lot of companies have been choosing nearshore/offshore IT services instead of employing staff onsite for years now. There have been a lot of valid reasons for this preference here in the UK, and especially around London.

When you decide to look for offsite development help, you’re mainly gonna hear about two different terms: nearshore and offshore. Depending on where you are these can mean different things but basically what makes nearshore different are similar time zones and geographic proximity.

Offshore can be relatively cost-effective if you’re working with a country with a weak currency. But you’ll quickly realize there are lots of downsides:

All of which are contributing to why nearshore alternatives are becoming more and more widely used since most of these problems more or less disappear or become less pronounced when working with partners in closer proximity. We believe most of the companies can apply nearshore teams for most of their IT services.

Why You Should Do Near Shore in Turkey

If you’re convinced that nearshore development is for you, then you will want to look at your options in terms of location. There are many, but when we put them side by side, it’s obvious some are better than others. So let us talk about what we think is one of the best options out there: Turkey and provide cold hard data about why that is the case. By the end, we think you’ll agree with us.

There are in total 207 universities in Turkey⁵, and the total number of students studying in those universities is a jaw-dropping 7 million 940 thousand 133⁶. The interesting part here is that in many of those universities the hardest faculty to be part of is engineering, and the hardest major a student can have is computer science (along with medical sciences). Among the top 100 majors across all universities that require the highest scores, 41 one of them are engineering majors⁷. This means every year millions of students are in a race to be one of those computer scientists of the future, and only the best of them can have the chance to do so.

The fact that only the best can be computer scientists in Turkey doesn’t mean there are only a few of them. Currently, there are a total of whopping 140.000 software developers⁸ working in the industry, and around 10.000 Computer Science related graduates join those numbers each year.

On top of that, the government recently launched the “1 Million Software Developer” project to increase the number even further.

The government supports IT professionals to export software and services with tax exemption⁹. Also, specialized tech-focused office zones are provided to IT companies with varying grants and stimulus. These factors reduce the cost of having/paying nearshore Turkish IT professionals.

Turkey has only a +2 hour time zone difference to the UK in the summertime. So you don’t have to wait until tomorrow to find the answer to the question for your software team until they are awake again. Arranging real-life meetings when it’s necessary isn’t hard to do either, because distance itself can be covered by 3 and a half hour flight.

English education starts really early in Turkey. It’s mandatory in early elementary school years¹⁰ and in most cases, it even starts from the nursery.

Most of the top computer science faculties in the country give all of their courses in English completely¹¹, so the graduates can have better integration with the international IT world.

Favourable exchange rates for Turkish Lira makes it cheaper than ever to work with resources in Turkey¹². Among the nearshore alternatives, it has a great purchasing power parity index of 1.832¹³

As you can see in the chart below, TRY lost more than half of its value in the last 2–3 years. And due to this, making nearshore in Turkey is becoming really cost-effective.

There is a very vibrant software development culture. The number of software focused communities and events are increasing daily¹⁴ where people are discussing best practices, thanks to the efforts of hardworking and passionate professionals working in the industry.

Why are we different?

We at REFINERI also provide nearshore help, but we’re quite different from most of the others out there. We’re London based. And not just the business and sales side, most of our principal developers are here with you. For any kind of project, we always guarantee to assign at least one technical solution principal developer for you.

We’ll be here in the UK with you to handle everything little detail behind the scenes, so you can focus on your business concerns. Basically all the advantages of working with an offsite workforce, with none of the downsides. An accessible solution partner that you can trust, that is always on the same page as you and providing high-quality work.

Leveraging our nearshore capabilities lets us provide these services at the prices that are otherwise not possible. So that we can work within the tight budgetary requirements of startups and all other ventures with similiar limitations when necessary.

If you still have any lingering questions in your mind, don’t hesitate and reach out to us. Or let’s have a chat about anything else. You can ping us at contact@refineri.co.uk. Once again, thanks for taking the time to read this one. Cheers!